Explore the remarkable stories of the men and women who made up the "Tuskegee Experience". 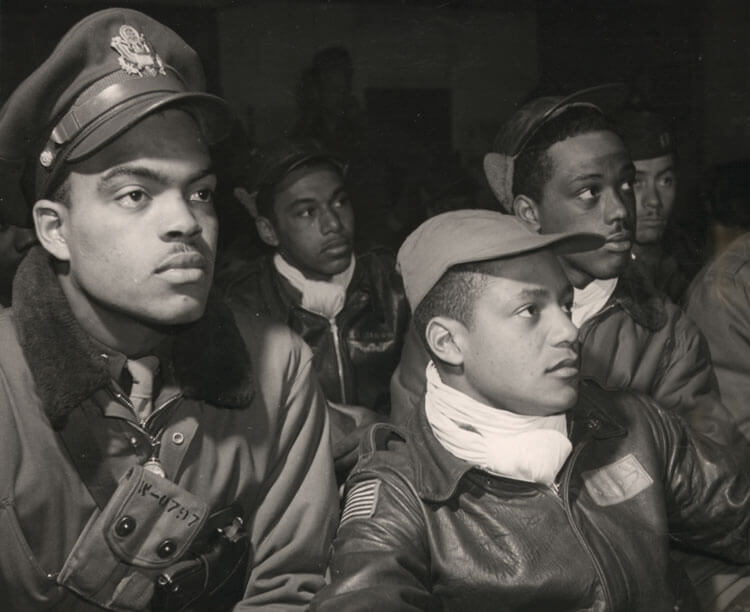 • Who Are the Airmen

WHO ARE THE AIRMEN

In March 1942, five of the 13 cadets in the first class completed the Army Air Corps pilot training program, earning their silver wings and becoming the nation’s first Black military pilots. 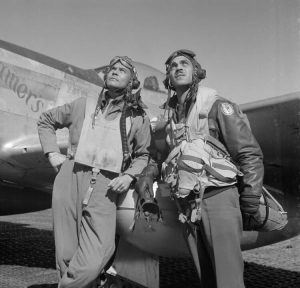 Benjamin O. Davis, Jr. later became leader of the Tuskegee Airmen during World War II and the first Black to earn the rank of General in the U.S. Air Force. While Col. “B. O.” Davis was the most famous of the 99th Fighter Squadron commanders, he was not the first. He was preceded by George S. Roberts, who was the first Black commander of that unit and, for that matter, of any Black flying unit.

Between 1944 and 1945, dozens of Black officers served as commanders of the 99th, 100th, 301st, and 302nd Fighter Squadrons. A more complete listing of those individuals, the units and time frames in which they served can be found throughout the TAI website.

In addition to training fighter pilots, Tuskegee graduated a group of twin-engine pilots. They were assigned to the 477th Bombardment Group and flew the B-25 Mitchell bomber, a twin-engine, medium bomber. The Group was activated with four bombardment squadrons; the 616th, 617th, 618th, and 619th. However, the war against Japan ended before the 477th Group could be deployed overseas. 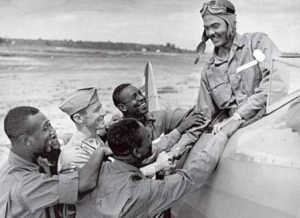 On June 21, 1945, Col. Benjamin O. Davis, Jr. assumed command of the 477th Bombardment Group. The 477th Bombardment Group became the 477th Composite Group when the 99th Fighter Squadron was assigned to it that summer, making it a composite of both fighter and bombardment squadrons. In March 1946, the unit relocated to Lockbourne Army Air Base in Ohio.  When the 477th was inactivated in 1947, the inactive 332nd Fighter Group—later known as the 332nd Fighter Wing, was activated at the same base.

Throughout their training at Tuskegee, no training standards were lowered for pilots or any of the others in the fields of meteorology, intelligence, engineering, medicine, and other support positions

From 1941 to 1946, approximately 1,000 pilots graduated from TAAF, receiving their commissions and pilot wings. The black navigators, bombardiers, and gunnery crews were trained at other selected military bases elsewhere in the U.S. Mechanics were initially trained at Chanute Air Base in Rantoul, IL, until facilities were in place at TAAF in 1942.

The Tuskegee Airmen "Experience" extends to 1949 and includes all individuals, men and women, Blacks and Whites who supported aircraft in the air and on the ground... 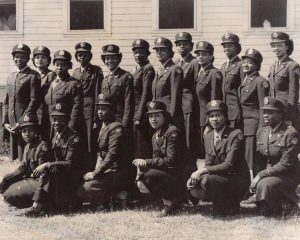 The Tuskegee Airmen “Experience” extends to 1949 and includes all individuals, men and women, Blacks and Whites who supported aircraft in the air and on the ground as bombardiers, maintenance and support staff, instructors, and all other personnel at TAAF and other designated units or locations until inactivation of the 332nd Fighter Wing at Lockbourne Army Air Base (later designated Lockbourne Air Force Base).

When the 332nd Fighter Wing and its group and squadrons were inactivated in 1949, their personnel were assigned to other, formerly all-White, units. This resulted in desegregation of the Air Force.

The term “Documented Original Tuskegee Airmen” or “DOTA” was adopted by TAI and includes vetted personnel who trained or were stationed at TAAF and other designated units or locations during the period from 1941 to 1949.

Civilian pilot training in the Tuskegee area began in January 1941. The first Black flying unit, originally called the 99th Pursuit Squadron (now known as the 99th Flying Training Squadron), was first activated on March 22, 1941. It was designed to be a flying unit even though it did not initially have any pilots. In other words, one might say that there were no “Tuskegee Airmen” before 1941. 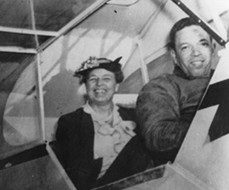 In April 1941, First Lady Eleanor Roosevelt traveled to Kennedy Field, where she asked to fly with Black pilot Charles A. “Chief” Anderson - Tuskegee Institute’s chief instructor pilot and the first black pilot instructor at Tuskegee. The First Lady’s flight catapulted the training at Tuskegee to the forefront.