At TAI, it is our duty to propel the legacy of the Tuskegee Airmen through programs, awards, military collaborations, conventions, and much more. 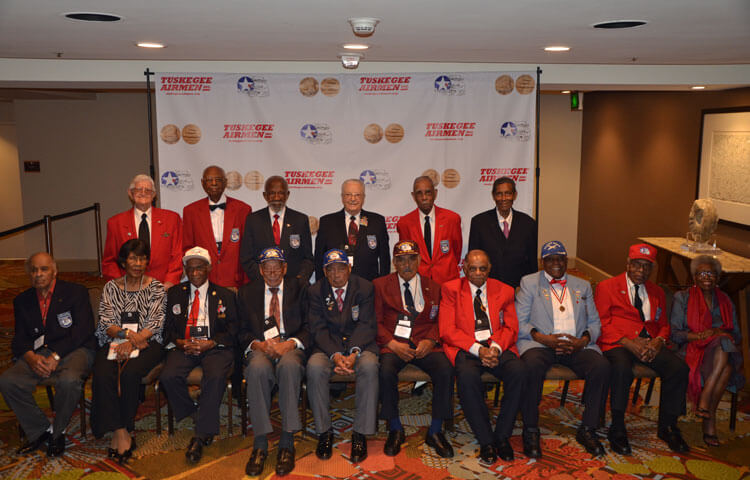 Each year, we gather together to celebrate the accomplishments of the Tuskegee Airmen and discuss how we can continue their legacy. 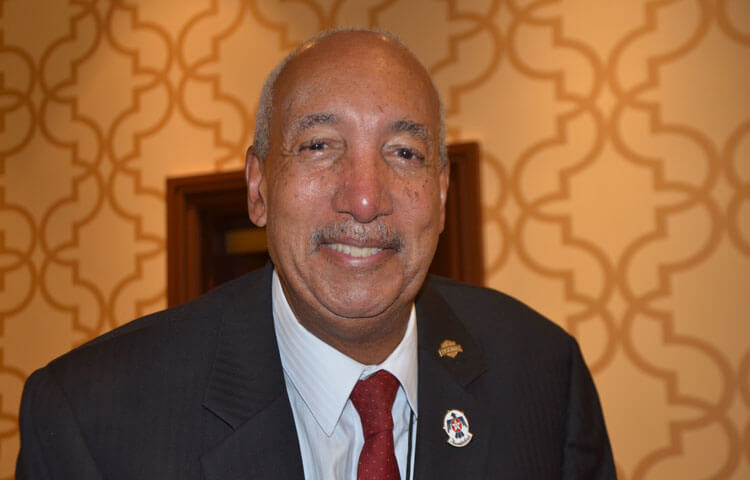 Our PR team works to provide information surrounding the organization’s objectives and programs. 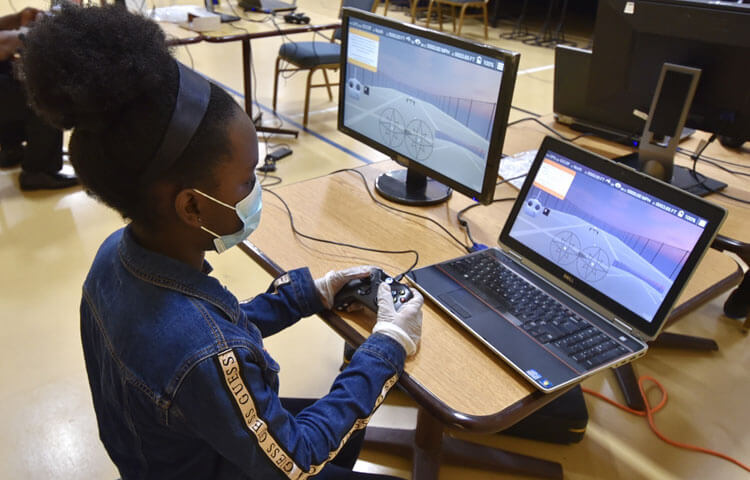 At TAI, education and scholarship are of the utmost importance. Learn more about how we encourage students to strive like the Tuskegee Airmen through STEM and aviation programs. 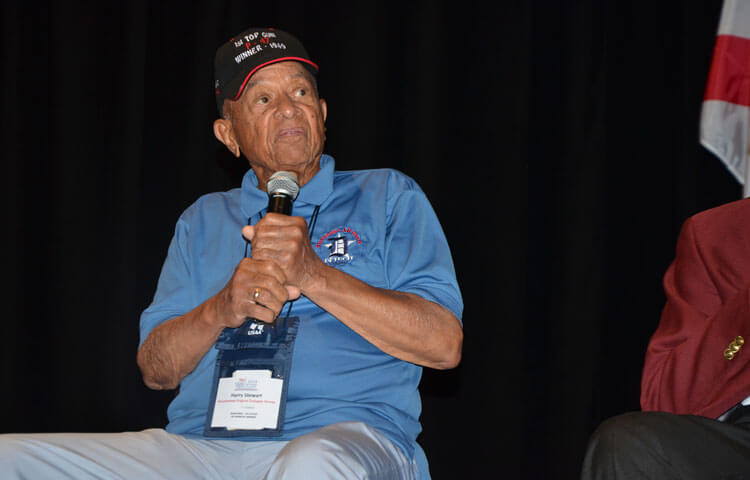 Curious about having a representative of TAI or a notable Airmen speak? Visit the Speakers’ Bureau to fill out a request form.

Get a Request Form

The Brigadier General Noel F. Parrish Award is presented annually, typically at The National Convention. The award consists of a gold medallion (bearing the likeness of Brig Gen Parrish), a certificate, and a monetary award. Each chapter may submit one nomination to the Noel F. Parrish Award Committee for consideration.

The General Daniel James Jr. Distinguished Service Award is presented to individuals or organizations that performed in an outstanding manner in significant positions within the Tuskegee Airmen, Inc. organization structure. The awardee must have clearly presented exceptionally distinguished service. Awardee must have demonstrated meritorious accomplishment, leadership, unusual competence, and significant in scope and impact. Because this recognition is granted within the structure of Tuskegee Airmen, Inc., nominees’ contribution must have been the accomplishments of at least one year resulting in profound programs, projects or service documented by the development of improved methods or procedures in which Tuskegee Airmen, Inc. is the beneficiary.

The CMSgt Thomas N. Barnes Humanitarian Award is given to any individual or organization that participated in some humanitarian action, which was significant in directly meeting Tuskegee Airmen, Inc. goals and objectives. The impression of this action must have been demonstrated over the course of no less than one year. Awardee must have demonstrated valor, courage and/or fortitude in the accomplishment of the humanitarian deed.

Although persons or organizations that have made significant humanitarian contributions over the course of a lifetime should be recognized and commended, it is imperative that this award not be confused with acts or deeds that should be recognized in “other” appropriate arenas. This particular award is intended for individuals or organizations whose acts and deeds are directly in line, and relevant to the Tuskegee Airmen, Inc. goals and objectives.

The Captain Lemuel Rodney Custis Award exemplifies the “Tuskegee Airmen Experience”. An individual who measures up the characteristics of perseverance, determination and motivation will be selected to receive the award.

Only one member of a chapter can be nominated for this award by the chapter’s nominating committee. The award year extends from July 1 of the past year through June 30 of the current year.

Each Regional President will appoint the Chairperson of the Regional Awards Committee. Each Region of Tuskegee Airmen, Inc. is to select an awardee to be honored at the annual National Convention.

The nominee for the Regional Award should have been a full participant in his/her Chapter’s Regional or National programs, and should be responsible for significant achievements during the calendar year (from August, following the convention, to July 30 of the next year) that reflect positively not only on the individual, but also on his/her Chapter in membership, finances, youth education and TAI public relations.

The submitted package should reflect the following topic statements:

“The Nominee has Increased or has caused to Increase

…based on quantitative information suitable for comparison to other nominees.

The Tuskegee Airmen Inc. (TAI) Military Awards are presented to outstanding military members (Active, Reserve, or Guard) regardless of race, color, religion, national origin, or gender. Nominations are accepted from every branch of the service. The Chairperson of the Military Affairs Committee (MAC) or designated officer, on behalf of the TAI Second Vice President, is responsible for the nomination, approval, and presentation of the Military Awards. These awards, although competitive, are intended to recognize not only the actual awardees but also those who were nominated.  Award Scoring Weights are 50-30-20 for Achievement, Development, and Community Service, respectively. Only four (4) nominees (one per category) from each wing or wing equivalent will be accepted. Individual Chapters have no authority or direct actions in the award process.

The nominees are military personnel who have demonstrated exceptional competence, leadership, and achievement. Their contributions must not only cover their superior performance while on military duty but should also cover contributions to their respective communities.

Submissions should cover the period of August 1st, of the previous calendar year through June 30th, of the current calendar year.

The following award categories are:

Please carefully read the below criteria and award submission procedures.

Award Nomination Packages are Accepted by E-MAIL ONLY.

Discover see how we support the youth through education assistance awards.

Through our local and national youth awards, young people are able to be recognized and honored for their diligence.

In addition to awards, TAI supports young people across the nation through aviation and STEM initiatives.