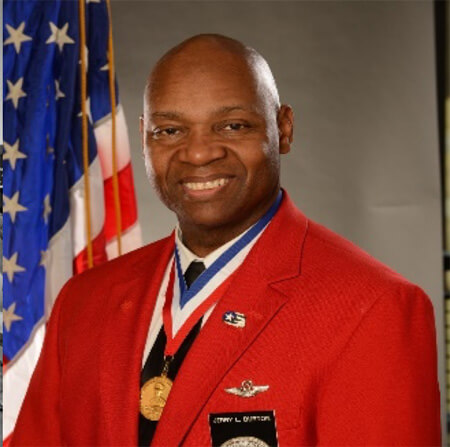 He spends many hours during and away from work highlighting youth in aviation, STEM, and available grants through TAI, and promoting the history and legacy of Tuskegee Airmen through states adopting Tuskegee Airman Commemoration Day. He was a member of the Sam Bruce Chapter in Washington State and then transferred his membership to ECCTAI in the mid 1990’s.

His work was honored with the presentation of the 2011 and 2019 TAI Eastern Region President’s Award and the 2013 General Noel F. Parrish Award. In 2014, He was elected to serve as President of ECCTAI for two terms. He maintains close contact with DOTAs and other National chapter members and is fully engaged in many committees in accordance with the Constitution and By-laws of ECCTAI and TAI.