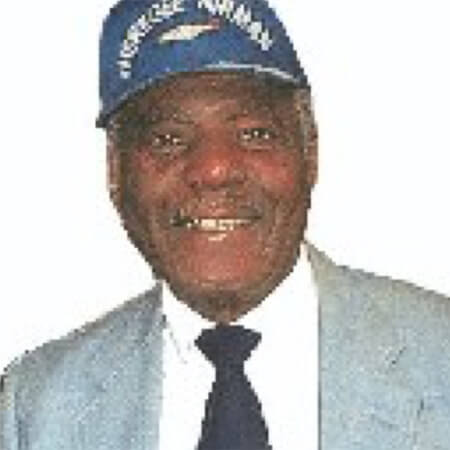 Eugene Richardson became interested in flight as a young boy in 1930 when his father and a friend took him along to see the Colored Air Circus, a group of Negro aviators performing an airshow in Mansfield Ohio. Driven by pure interest to fly, he decided to join the Army Air Corps in order to become a pilot. When he turned 17, he signed up to take a pilot qualification test. His father eventually gave his permission and signed the parental permission papers needed since Richardson was still under age. He passed the test and a few months later at the age of 18 he was sent to Keesler Field in Mississippi for 3 months of basic training. From Keesler he went on to Tuskegee Army Air Field for 40 weeks of training (10 weeks. of pre-flight, 10 weeks of primary, 10 weeks of basic, 10 weeks of advanced). Tuskegee held the civilian contract for pilot training for the Army Air Corps at that time and had 42 Negro civilian instructors. White trainees went to different bases for their 10-week training segments. After Tuskegee, he went to Eglin Air Basefor gunnery training and then to Walterboro, SC for combat training. At Walterboro, Richardson learned to fly P-40’s and P-47 aircraft.

Of the 38 pilots in his class, 23 including Richardson graduated as fighter pilots and 15 as B-25 bomber pilots in Class 45A on March 11, 1945. Dr. Richardson was discharged in July 1946. He returned to Philadelphia where he finished his high school degree at the then Temple High School. He did his undergraduate work at Temple and got his Masters’ and D.Ed. at Penn State. He pursued a successful career in education in the Philadelphia School System. He did not pursue a career in Aviation after his discharge from the service because, “there was nowhere for a Black aviator to go in the United States – only Tuskegee.”